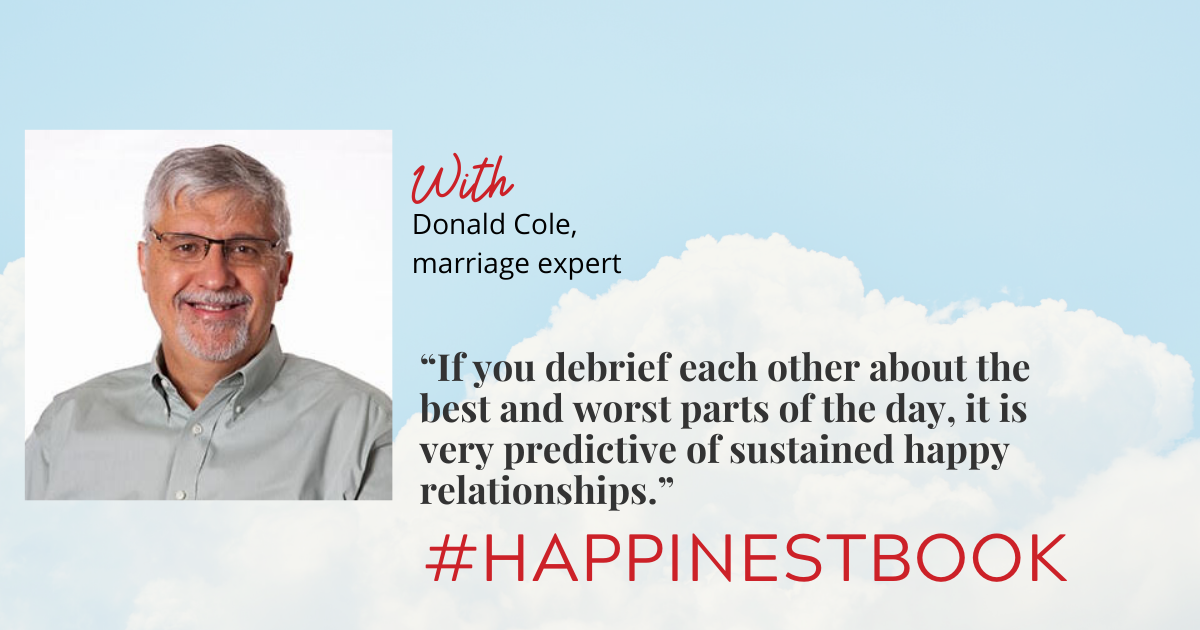 How to Reignite the Spark in your Empty Nest Marriage by making positive “bids,” Listening without Criticizing and Creating Rituals of Connection.

Donald Cole is clinical director with the Gottman Institute, a Seattle-based couples counseling center. He also works with the institute’s research arm, which is known as the Love Lab. He’s a marriage and family counselor with three decades experience and has worked with more than 1,000 couples. He also trains therapists nationally and internationally. Don has a doctorate in ministry and is an ordained Lutheran pastor.

When I interviewed Don for my HappiNest book, we talked about how there is often a need to reignite the spark in a marriage after the marathon of child-rearing. The Gottman Institute’s research shows that that two-thirds of parents experience a significant marriage downturn when they are raising kids. Relationships tend to strain when couples develop kid-centric marriages that revolve around jam-packed schedules and leave little time for the romantic partner.

Many couples turn away from each other because they are weary and stretched in too many directions. They stop turning to each other to make positive “bids,” such as asking how the other is feeling. Successful couples turn toward each other and make bids for connection in 86 percent of their interactions, according to the Gottman Institute. Failing couples, on the other hand, turn toward each other just 33 percent of the time. Cole’s goal is to turn negative interactions between couples into positive ones. 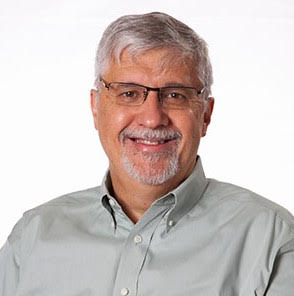