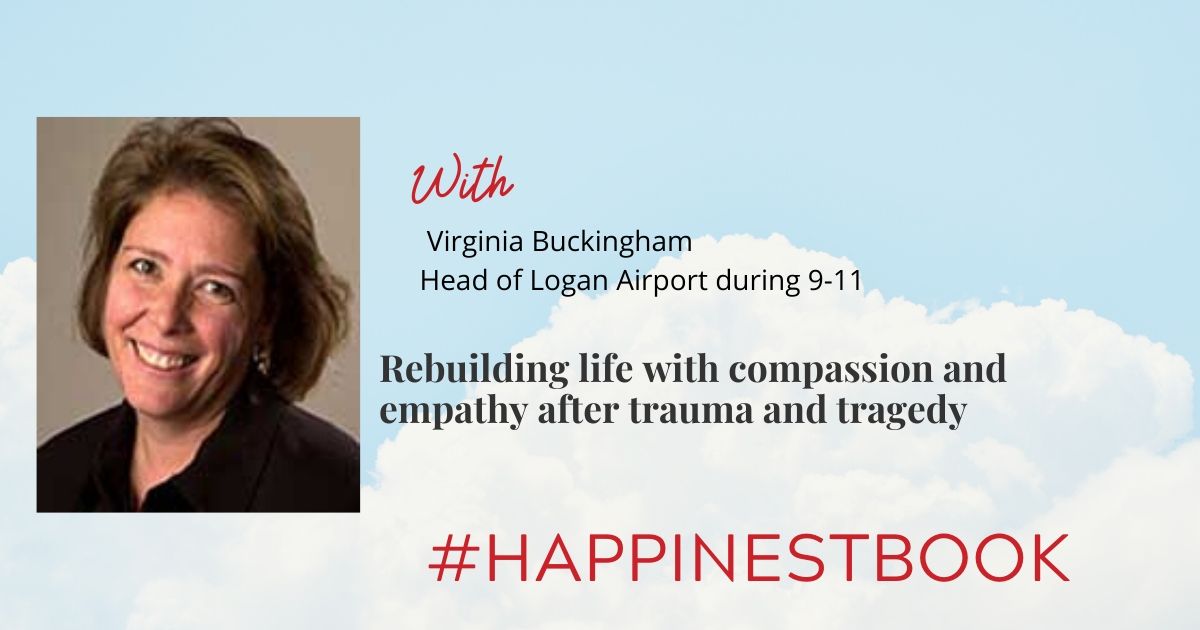 At the time of the World Trade Center attacks, Virginia Buckingham was head of Boston’s Logan Airport, which became the launching pad for the two hijacked planes that destroyed the World Trade Center on 9/11. She was blamed for security flaws at Logan in the worst terrorist attack on American soil. She was forced to resign and sued by a 9/11 victim’s family for wrongful death. But she was able to rebuild her life and career and glean valuable lessons along the way. She writes about her journey in her new memoir, On My Watch. Virginia says she discovered an important difference between moving on and moving forward. She says she eventually got found a way to get back on her feet by showing—and receiving—compassion and empathy.

If you like what you hear, I’d really appreciate it if you would subscribe, rate and review the show. It’s easy to do on Apple Podcasts, or you can go directly to the podcast section of my website at judyhollandauthor.com.

Here’s what you’ll learn about in this episode: