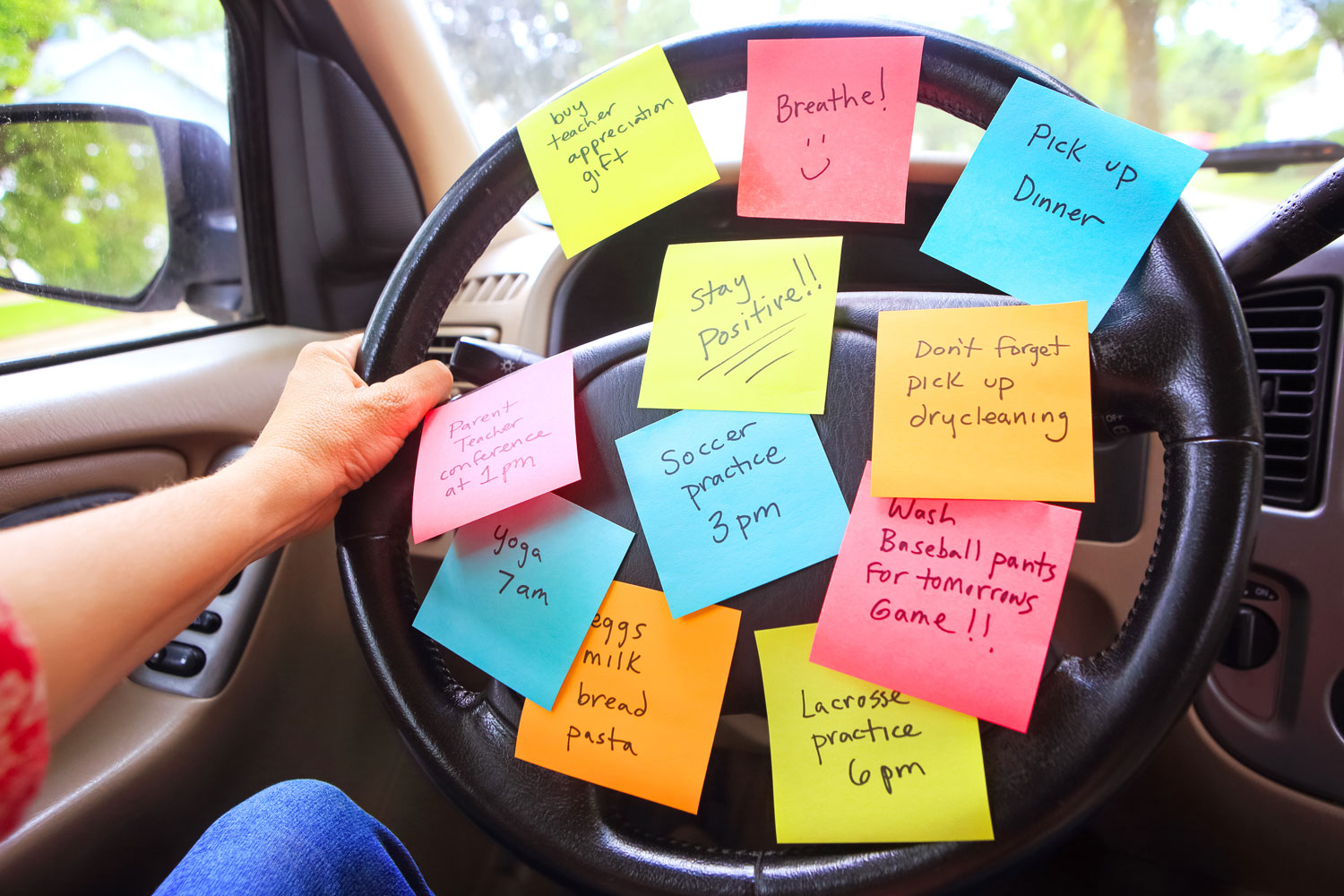 The teen years can be the most intensive time for parents as college looms and adolescents ramp up sports, academics and social life.

Driving, logistics and planning for maxed out teens can become an exhausting whirlwind, which often sweeps moms into a dizzying state of endless activity.

Research shows mothers tend to do about twice the housework and childcare, even when they are working fulltime outside the home, according to Brigid Schulte, author of the bestseller: Overwhelmed: Work, Love and Play when No One Has the Time. Schulte, a longtime Washington Post reporter, leads the “Good Life Initiative” at the New America Foundation, a public policy group that seeks solutions to public problems. An overload of domestic work on mothers stirs family tensions and creates a bad model for the next generation, Schulte says. “It makes moms crazy,” she says. “It’s unfair, there’s sort of like this bubbling resentment that goes on all the time.”

Schulte says many parents of teens had fathers who went to work and mothers who stayed home, “or mothers who worked but still did everything at home like many of us in our generation still are.” Those stereotypical roles are deeply ingrained are will continue, fraught with family friction, until parents become more thoughtful about gender roles and model a more equal division of labor. “What’s really important is to take a look at what we ourselves are doing and put everything out on the table. What is the work that needs to be done to make the family run and how do you divide it fairly?” Logistics, such as driving kids to and from activities, is only part of the battle. Planning family life is extremely time consuming, as parents search for tutors, summer camps or organize college tours. “It’s not something that women are wired to do,” Schulte says. “It’s something they are expected to do.”

Many families think the “inside chores –dishes, childcare, signing up for camp forms and planning is women’s work, while the outside chores, the “fun chores, the occasional weekend chore: the yard, the car, that’s the guy’s chores,” Schulte says. “Why don’t we mix all that up and figure out what do you like? What are you good at and, what feels fair? How do you come up with a system so it isn’t always something that you have to keep negotiating and fighting and nagging about?”

She recommends teens be involved in chores, but not gender-related chores; Boys can babysit and do dishes, girls can mow the lawn. “Don’t be so quick to just assume that the way it’s been done is the way it should always be done, because then you will just reinforce that it’s going to be the 1950s forever.”

Parents of both genders can be happier if the balance is better. Men often want to be more involved but don’t know how “particularly if we’ve set up these long-term relationships where women are in charge of everything,” Schulte says. Women, who have “this maternal gate keeping,” tend to think they are better at family related jobs, making it tough for men to know how to be more involved. Mothers should consider whether their standards are too high.

Families should discuss which teen activities are most important and how to best share the load. “For parents it can be crazy logistically trying to do too much. It’s time for families to take a step back. It’s time to take a deep breath and figure out what’s really important.”