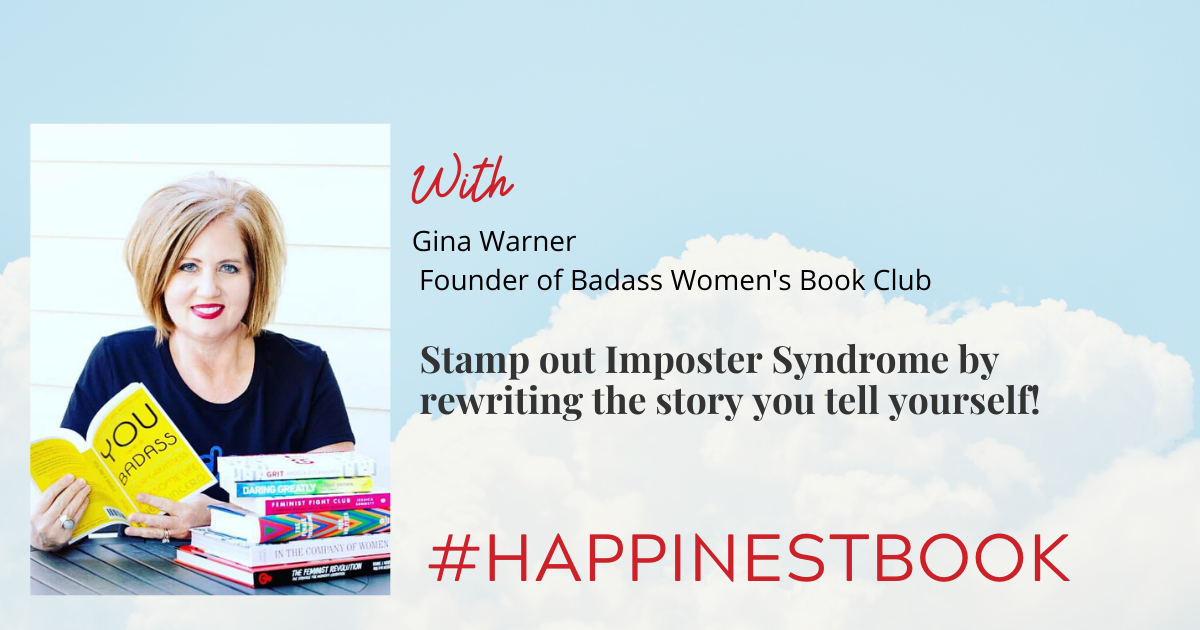 Tap into Passion to Push Past Fear, Empower and Reinvent Yourself

Gina Warner is founder of the Badass Women’s Book Club, which has more than 14,000 followers.  Her goal is to prompt women to lead intentionally empowered lives by speaking up and going forward with strength and confidence.

Here’s why she launched it:  Gina was on her way home from a leadership conference, where she hadn’t spoken up for three days, which made her feel terrible and disappointed. She chalked up her silence to suffering from the Imposter Syndrome.

But then, she walked past a book store and a yellow book cover grabbed her attention.

It said: “You are a Badass!” Well, she certainly didn’t feel like one.

But that book was a light bulb. The pages empowered her, and they gave her a way to empower others as well. When we set out to serve others, we can end up reinventing ourselves in magical ways! Gina wasn’t fearless in launching this project, she plowed past her fear!

Gina launched her book club at Bards Alley in Vienna. Now it has more than 100 bad ass women hosts across the country. She also does online coaching and in-person workshops to empower women.  Her message resonates with me, as my motto is “Make it Happen!”

If you like what you hear, I’d really appreciate it if you would subscribe, rate and review the show. It’s easy to do on Apple Podcasts, or can go directly to the podcast section of my website at judyhollandauthor.com.