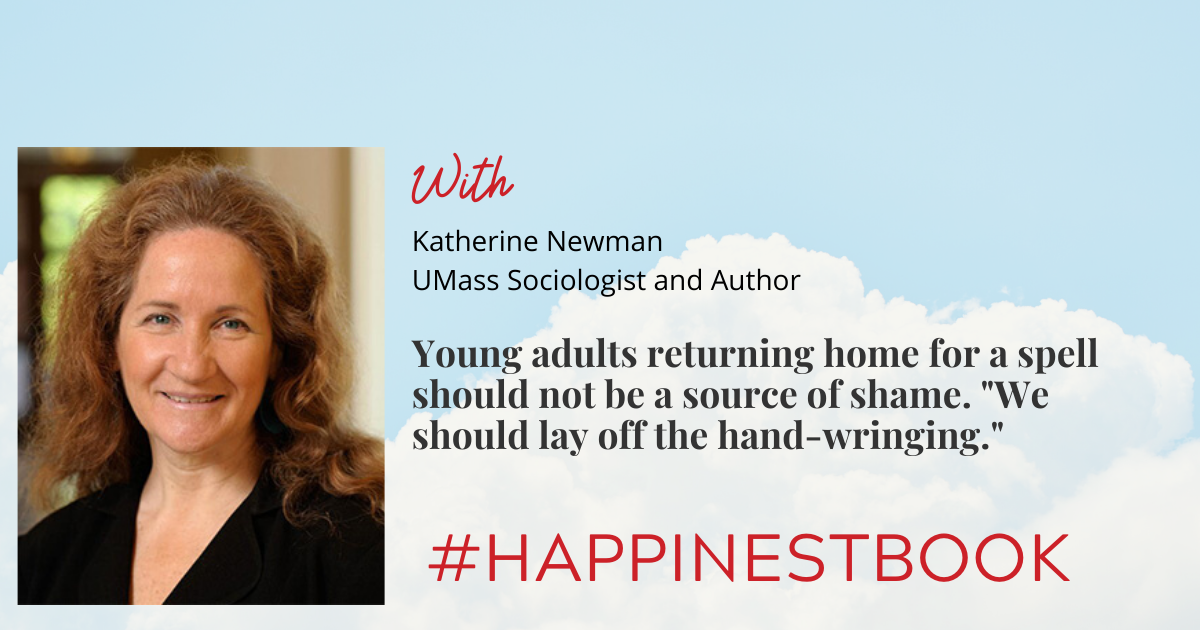 Katherine Newman is a professor of sociology at UMass and author of The Accordion Family: Boomerang Kids, Anxious Parents, and the Private Toll of Global Competition. She is the author of 15 books and has taught and run academic programs at many universities, including Harvard, Columbia, Berkeley and Johns Hopkins.

She  has conducted research around the globe on boomerang kids—young adults who come back home to live with their parents for a spell. They are mockingly referred to as “failed fledglings” or “growing ups,”

But Katherine says parents should stop fretting and moralizing over young adults “lingering” in their parents’ home. She says today’s young adults are not slackers. The main culprit for the boomerang phenomenon has been low wages, which make it tough for young adults to earn the income they need to live independently. In addition, the skyrocketing cost of education and need for a bachelor’s degree and even a graduate degree to gain a firm foothold in our knowledge-based economy can be so expensive that young people can’t afford to live independently, she says.

Katherine says if young adults are engaging in behavior that will help them in the long run, such as studying, working and saving money, doing internships or a low-paid work experience that is a bridge to a career, then parents who support them “are making a rational, reasonable and honorable investment in the next generation.”  The Boomerang phenomenon is a trend that appears here to stay.

Did you like this episode? Please share it with the social media buttons below. I’d love it if you would rate, review, and subscribe to HappiNest on Apple Podcast, Spotify, Stitcher or Google Play.