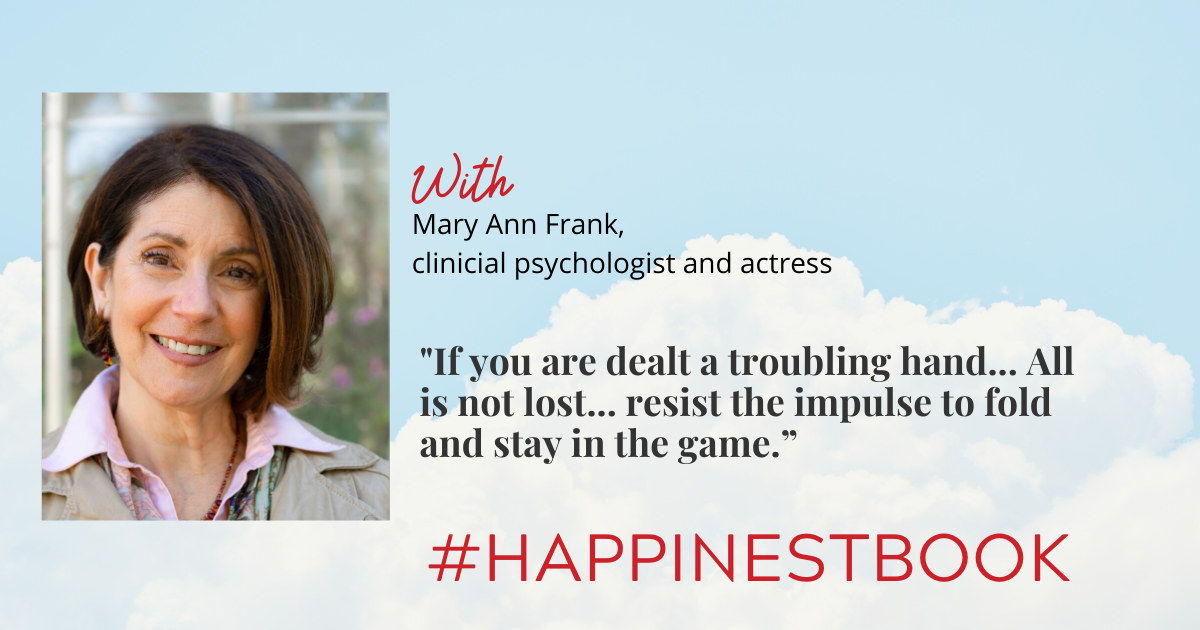 When She Lost her Husband After Her Kids Left Home, Mary Ann Frank Launched Her  One-Woman Play: ‘Spinning.’

Mary Ann Frank, a clinical psychologist in New Haven, had much more than the empty nest to cope with after her last child went to college. She also lost her husband of 28 years to a brain tumor, a glioblastoma. He was Ralph Hoffman, a professor of psychiatry at the Yale medical school and a renowned research scientist in schizophrenia. “Little did I know how empty the empty nest was going to become,” she says. Seeking to make sense of it, Mary Ann tapped her talents as a playwright, singer and actress and launched a one-woman musical memoir called “Spinning” in New Haven. She says we “spin” when our sense of the future is lost: “It’s like having vertigo.” As she worked through the trauma, she found—as people often do—new creativity and ambition. Mary Ann aims to share her play in regional theaters and has recorded the music from “Spinning,” which is about marriage, loss, resilience and transformation.