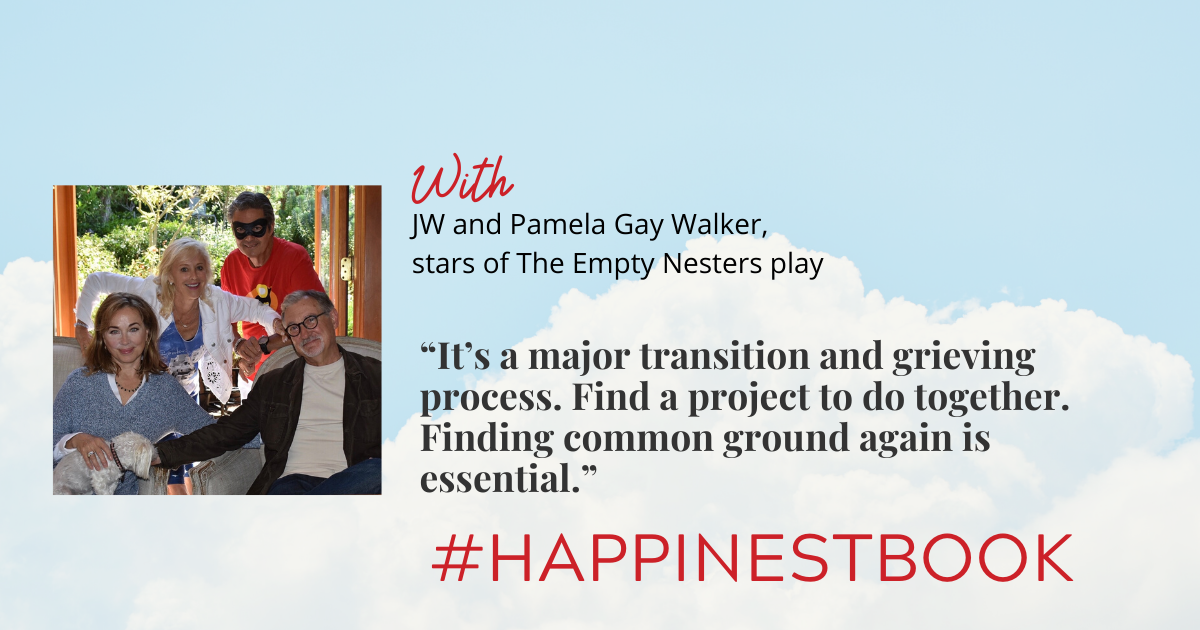 When Your Last Kid Leaves, it’s a Major Transition and a Time to Pro-Actively Reinvent Yourself and Let Go of Your Young Adult Fledglings.

With JW Walker, an actor who produced The Incredibles movies, and his actress wife Pamela Gaye Walker, who performed together in the two-person gig The Empty Nesters play. When their two daughters left home, the Walkers tapped their personal experience for The Empty Nesters play and poured it into their characters. The play earned accolades in San Francisco and Los Angeles.

Pam has appeared in films and television as well as plays. Fifteen years ago, when The Incredibles hit theaters, she was holding down the fort with two daughters, and juggling that with a grueling acting career. Pam identified with “Elastigirl,” the mother in the movie The Incredibles whose super power is to be flexible and often stretched to her limits.

The Walkers are founders of Walker and Ghost Ranch Productions.